A Work-Life Balance, What Side Are You On?

A Work-Life Balance, What Side Are You On?

These days a work life balance is considered pretty standard for many in the job industry. The term, which initially appeared in the 70’s, is nowadays highly regarded as a main job perk for most young professionals.

First of all, thanks to the widespread use of technology and ever-more affordable gadgets it’s far easier for us to work remotely. For many remote employees the only difference to the day lies between wearing a suit or a pair of slacks. 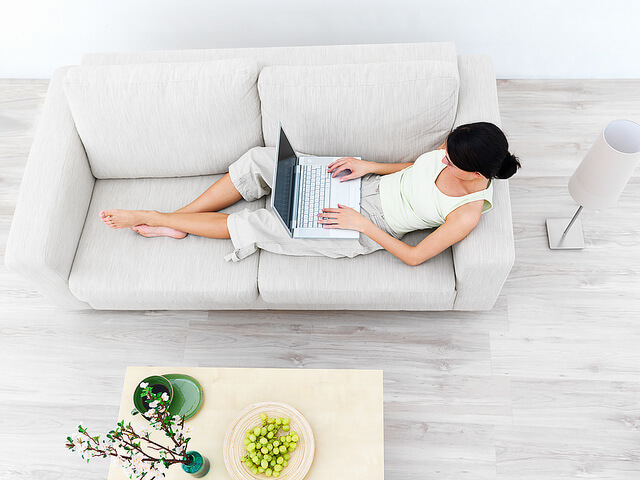 Of course, working from home is only one aspect of what some perceive to be a work-life balance. For some it can mean a 3-day working week or being able take their dog to the office, for others it’s leaving at 4 every day to pick the kids up from school.

Whatever the perk may be, providing a work-life balance usually means one or all of the following for employers:

It’s fair to say that none of these would surprise most in the tech industry or online based businesses. After all, the majority of startups these days advertise classic benefits of a work-life balance in the job ad. Take a look at the perks from Vend for example: 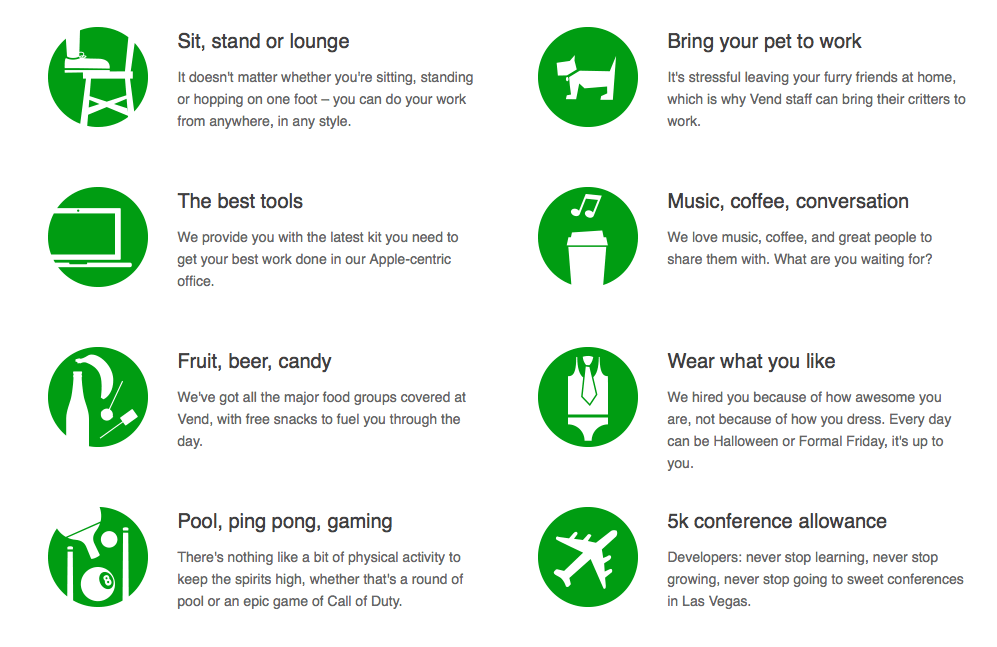 Pretty great aren’t they? These kind of perks aren’t unusual anymore, however despite a work-life balance becoming relatively mainstream, a 70 hour work week is far from rare in many Western industries.

In the States there still isn’t a legal limit to the working week in fact, there’s not even guarantee paid time off for maternity leave. That doesn’t leave much room for women who want to make it to the top to and have a life that includes a family. Unlike Sweden, for example, who offer 68 weeks paid maternity leave. (Yay Sweden!)

So, Whats Stopping Employers from Providing a Work-Life Balance?

Last year Marissa Mayer, the CEO of Yahoo, sparked a controversial debate in tech industry after cancelling the companies’ work-from-home policy. This meant that about 200 of their staff were pulled back into the office having been comfortably been working from home for several years. Why?

First of all lets just note that Mayer isn’t a old fashioned draconian boss. She’s young, a working mother and ex-Google elite. However, she had this to say about her work-from-home employees:

So, the first issue here is that creativity was lacking. Not productivity. It kind of implies that it’s ok for employees to work remotely if they’re not part of a larger team, but does that ever really exist?

For Mayer work-from-home was a no-no, or in her terms “It’s not what’s right for Yahoo right now.”

However, as discussed there are many other variables to providing a work-life balance, and an equal number of associated fears for employers.

So, lets have a look at why this isn’t a problem for some but is others. After all, startups aren’t just trying to be nice are they?

The pro’s of a Work-Life Balance

The general consensus is that a work-life balance means happy employees, which leads to better staff engagement and better staff retention.

Allowing flexibility or less working hours to the week means that employees have more time for leisure activities. This might be spending time with friends or family, pursuing a hobby, exercising or simply doing nothing!

Equally, some employees need the time to care for their children, or their pet or their grandmother etc. Whatever the issue, a work life balance allows employees to take care of their personal and work responsibilities equally.

As early as 2009 we were seeing reports that modern employees have a strong preference for work-life balance over fat pay checks.

“Staff were invited to sign up to the possibility of being asked to reduce their working week by a day with that day unpaid and/or take sabbatical leave of between four and twelve weeks at 30 per cent of pay. 85 per cent of staff signed up for the scheme.”
Taskforce 2009

Naturally, less wages doesn’t appeal to everyone, however it becoming more apparent that high salaries are by no longer the primary reason for employees to stay with a company.

Taking the dog to work, for example, may mean more to some employees than say, an extra two grand a year (It was probably costing them that to get little Buster walked 5 times a week anyway).

So, for an employer, a work-life balance can mean better staff retention whilst saving money on wages. Incidentally, dogs have been proven to boost teamwork. See study here >>

Last but not least, a work-life balance generally means less stress, less burnouts and less breakdowns. Employees have more time to relax and exercise, meaning they are healthier, which in turn leads to less overall illness and tardiness.

Of course, different businesses face different challenges when it comes to addressing a work-life balance. Tech based companies generally find it easier to introduce remote offices. Some locations are more suited to pets in the office than others, some companies would suffer without daily collaboration between teams members (such as Yahoo!).

However, striking a balance between the needs of individual employees and their employers is achievable. Whether that means offering sabbaticals or a hang-out room, flexible hours or casual Fridays, a work-life balance is achievable across every industry. What are your experiences, would you choose perks over wage? Let us know your thoughts to continue the debate.