The Right Choice of Candidate

The Right Choice of Candidate

There are some positions out there that just aren’t easy to fill – weeks and months can go by and somehow the right candidate just won’t appear. You’ve tried every marketing tactic there is, posted on all of the mainstream job boards, shouted about it from the rooftops, and still nada. It’s just not happening. Every candidate walking through that interview door just isn’t right. Maybe you’re just being too picky, maybe like a first date perhaps you should just give someone a second chance. When it comes to a new hire, how do you know if you’re making the right choice? 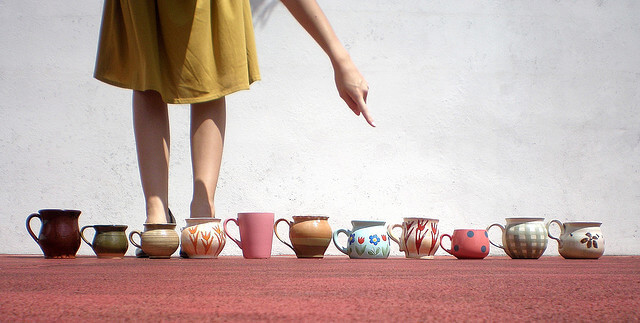 When times running out it can be all too easy to pick a candidate out of desperation, but unsurprisingly it won’t often be the right choice. A candidate chosen on a spur of the moment may well have a winning smile, great dress sense, exceptional CV or impeccable manners, but what about the other stuff, under the surface? It takes time to properly evaluate a candidate to see if they’re going to be a good fit – don’t let time hinder you from making the right choice of new hire.

The right ad for the right choice

The best way to attract the right candidate in the first place is to spell it out in the job ad itself. It’s not use if the vacancy you’ve posted is advertising one thing when the reality is another. It sounds obvious but all too often a role will evolve and develop different responsibilities over time that aren’t reflected in the original job ad. If you’re last secretary was not only a fantastic receptionist but additionally a great at planning the office events, it’s worth mentioning that skill in the ad. No candidate can fulfill expectations that they’re not aware of.

Ideally the right job ad will at least attract candidates fit the requirements, but making the right choice depends heavily on pre-selection. When the applicants come rolling in, take your time to go over them and look out for tell tale signs that will indicate whether they’d be a good choice or not. For example, did the candidate write a personalized cover letter or did they just shoot off a resume? Keep an eye out for job-hoppers, spelling mistakes and embellishments.

Fine-toothing resumes can be time consuming, but worthwhile to make the right choice for the long run. Application software can take away a lot of the hard work for you by automatically sort out the candidates with pre-defined criteria. This generally leaves you with a much higher number of good potential candidates to choose from, meaning you spend less time sifting through resumes that don’t quite fit the bill.

Making the right choice during interview

After the time and effort you’ve put in to narrowing down your selection of candidates it’s no use hiring the first person who walks through the door based on ‘gut instinct’. It’s hard to stay impartial, but keeping an open mind and questioning each candidate with the same criteria is essential in making the right choice. Recruiting software can come in handy here as it lets you quickly compare and rate your candidates with your team – not only does this speed things up but it means that you can make a fairer choice based on what the other HR members think too.

Be creative with your candidates

Making the right choice of candidate does rely on a methodical approach but that doesn’t mean there’s no room to think outside of the box. When a candidate comes in for interview, show them around, let them integrate a little – see how they interact. If the job is, for example, a sales position go ahead and do a bit of role play to see how they perform. Creative tactics will tell you far more about your candidates personality than shaking their hand will.

Reference checks – the last hurdle before making the right choice

In a bid to land a new employee it can be tempting to overlook this last step, but it’s essential to check references in order to make the right choice of candidate. Least of all, their previous employers will reinforce what you already know, but chatting to an ex manager about your candidate can be revealing in less obvious ways too. If a sociable character is essential for the position, you could ask, for example, did the candidate often participate external activities such as charity raising events or team building exercises? The response you receive can be crucial in deciding on the right choice of new hire.

Take a look at our Top 5 Hiring Tips for more info on making the right choice of candidate, and feel free to add more suggestions below!