Considering a Candidate Without a Degree? You’re Not The Only One…

Considering a Candidate Without a Degree? You’re Not The Only One…

Thanks to rising fees and cuts in funding, the number of students opting out of university has steadily risen across the UK and the States in recent years. A report undertaken by UCAS showed that in the 2012/13 financial year, UK students alone racked up a staggering debt of £20 billion. Unsurprisingly the study also showed the sharpest drop in university applicants for the first time since 2006. 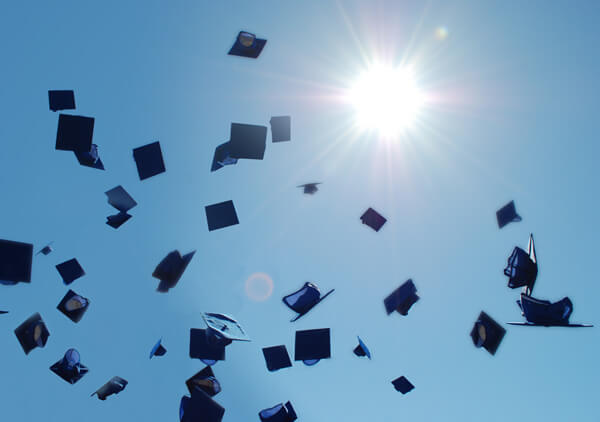 Stateside things aren’t much different. According to The Project on Student Debt (PSD) the average American degree student starts the semester with a $26,600 loan. In 2012, The Consumer Financial Protection Bureau estimated an outstanding national student debt of $1.2 trillion as of May 2013.

A bleak future for graduates

Despite the staggering figures, conventional wisdom tells us that the fees are worth it. Experts routinely recommend higher education as the best route to a successful career yet national statistics imply a grimmer fate:

“Among those [graduates] who wanted to be working full time, as many as 19.1 percent were either working part time or had given up looking for work. Further, 37.8 percent of working young graduates had jobs that did not require a college degree, depressing their wages.” PSD

One would hope that those graduates who do break into the industry, go on to reap the benefits of their degree by progressing on to top positions. However a 2010 study on American CEO’S undertaken by The University of New Hampshire suggested that education may be a poor proxy for ability. The final report stated the following:

“We find virtually no evidence of a systematic relationship between CEO education and long term firm performance” and “that both boards and researchers should use caution in placing too much emphasis on an individual‟s education when trying to assess their ability to lead the company and maximize shareholder value.” UNH

A university degree, no longer a golden ticket

The overwhelming consensus appears to be that a degree is no longer the proverbial fast track to a successful career. Steve Jobs, Richard Branson and Roman Abramovich for example, all famously dropped out of school and yet went on to become multi-billion enterprise founders.

Two years ago in a somewhat drastic move, Peter Thiel the co-founder of the multi billion company PayPal, challenged conventional boundaries by paying 20 students $100,000 each not to attend college for two years. In what has since become a yearly event, the ‘20 under 20’ candidates receive the money through The Thiel Fellowship in order to develop a business instead of a degree.

In a controversial interview with Techcrunch Peter Thiel outlined his less than complimentary view on what he calls the Educational Bubble:

“It’s actually worse than a bad mortgage. You have to get rid of the future you wanted, to pay off all the debt from the fancy school that was supposed to give you that future.” Peter Thiel

No degree, no prospects?

The problem with Thiel’s theory however lies in the fact that youngsters going against further education appear to have the option of either loaning money to start their own business, going into a low paid job or the dole. The former isn’t everyone’s cup of tea, and research shows that despite not earning much, university graduates are more likely to get hired – as well as earn more than those who don’t hold a degree.

Despite the data there are employers willing to look beyond a GPA. In a recent interview with The New York Times, Lazlo Bock, the Senior Vice President of Google, described how the company are increasingly hiring degree-less employees:

Bock goes on to say that the number of employees at Google without a college education has significantly increased over the last few years. The theory held by Bock and other senior members at Google, is that the ability to perform well at college has no correlation to how an employee will perform in the workplace.

The future of employment

Despite industry leaders such a Peter Thiel and Lazlo Bock supporting the notion that education may be a waste of money, the degree may not be on it’s way out just yet.

A recent study by McKinsey & Company predicted the need for 16 to 18 million more workers with postsecondary education than will be available in 2020, in addition to a huge excess of degree-less job seekers:

“Our analysis of demand patterns indicates that in 2020, there could be 32 million to 35 million more workers without postsecondary education than employers will need—a surplus equivalent to 10 percent of the supply of these workers.” McKinsey & Company

The National Bureau of Economic Research agreed, in a paper titled Making College Worth It: A Review of Research on the Returns to Higher Education, the NBA concluded that the earnings premium associated with a college education has, and will, rise in the future:

“Despite the tremendous heterogeneity across potential college students, we conclude that the investment appears to payoff for both the average and marginal student.” National Bureau of Economic Research

Business owners to take a stand

Ultimately however, the choice lies in the hands of the employers and as Thiel, Bock and many other industry experts agree, a degree isn’t necessarily the key to a good employee. It may well be that the future will see more employers overlooking the college education, opting instead for passion, practical experience or willingness to learn. In the words of industry expert Mel Kleiman: “Don’t hire for who they are, hire them for who they can become”. What are your thoughts?