Little Known Facts on How To Spot a Lie

Little Known Facts on How To Spot a Lie

In a TED talk on lying by social media expert Pamela Meyer, she grabbed the attention of the audience with the opening line: “Now I don’t want to alarm anyone in this room, but it’s just come to my attention that the person sitting to your right is a liar” – Cue nervous laughter.

She goes on to point out that the person on the left is too. Infact, everyone in the room is a liar.

When you think about it this isn’t actually that surprising, after all, who doesn’t tell a little fib every now and then? According to Meyer it’s those white lies that allow society to function i.e. it’s ok to tell your partner that they “don’t look fat” if it keeps the peace. 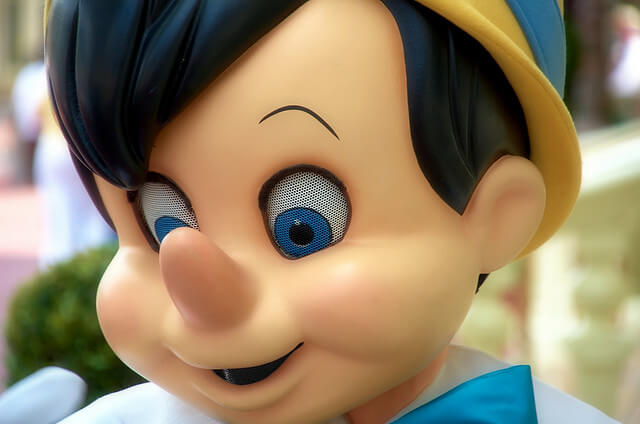 However in reality we’re not just telling the odd white lie every here and there. Later Meyer reveals that on average, we’re lied to between 10 and 200 times a day – from white lies to big whoppers. She then follows this up with a few more surprising facts:

It’s an eye opener right? I was still reeling from the thought of being lied to 200 times a day, when the thought occurred to me that if we’re this bad in day-to-day life, what about job interviews?

In the Hot Seat

First of all, if Meyer’s right then we’re going to lied to by our candidates within minutes of meeting them. To top that, extraverts are more likely to fib – it doesn’t bode well for those of us looking to hire A-players with Type-A personalities to match.

Interviewing is hard enough without having to worry that the person in front of you is telling the truth or not, but apparently that’s exactly what we ought to be thinking. Especially if that person happens to be a man (sorry guys).

“Lesson number one: Lying is a cooperative act”

According to Meyer, a lie takes two to tango i.e. if you’ve ever been lied to it’s because you agreed to it. Now this seems a bit harsh at first, but think about it; On it’s own, a lie has no power whatsoever – to quote Meyer “it’s power emerges when someone else agrees to believe the lie”.

So with that in mind, how do we spot the lie in order to ‘not agree’ with it?

If half of the magazines I’ve read had anything to do with it, I’d be sitting there like a hawk waiting for my candidate to scratch their nose, fidget and rapidly blink throughout the interview.

Apparently, women’s magazines aren’t right about everything though, and most of our preconceptions about ‘lying’ body language are fundamentally wrong – starting with fidgeting.

Getting rid of the myths

First of all, someone who’s lying is far more likely to freeze their body than to express themselves. In a sense, it’s another way to hold back the information that their trying to veil.

Someone who’s open and honest will use gestures to illustrate their words, a liar is more likely to hold their composure – although listen out for a frantically tapping foot under the table.

Secondly, we’ve all heard that liars don’t look you in the eye. This, according to Meyer, is another falsehood – in fact liars are more likely to hold your eye contact for a little too long.

Thirdly, we all associate smiles with warmth and friendliness, but a lack of crows feet is a sure sign that that smile is fake.

Anybody can consciously contract their mouth into a smile, those wrinkles around the eyes however, are uncontrollable. So, unless your candidate has overdone it on the botox, be wary if they seem to be giving you a toothy grin and not much else.

Now this is a tricky one when it comes to job interviews because naturally everyone is on their best behaviour and speaking very ‘properly’ in the hope of making a good impression.

If however, you probe into a certain area of your candidates job history and they suddenly begin to speak very slowly, clearly and, most importantly, formally then you may have just stumbled across a grey area that needs a little more probing.

It’s an interview, not an interrogation

It’s important to mention that Meyer is generally referring to conversations held between professional lie-spotters and their suspects, and despite the similarities, a good interview shouldn’t feel like an interrogation.

So, if you stumble across a subject that you want to know more about, and you suspect that your candidate isn’t being entirely honest, there’s no need to play good cop bad cop. Just be your natural inquisitive self – ask a couple more questions until you’re satisfied with the answer.

An honest person will be more than happy to ‘cooperate’ as it were, they’ll be willing to give you more information and enthusiastically engage in discussion (as opposed to the opposite i.e. giving one word answers).

Saying one thing, meaning another

Another useful tip that Meyer suggest is identifying counteractive gestures, because in her own words, “we rehearse our words but we don’t rehearse our gestures”.

A classic example is saying the word “yes” but shaking our heads no, or telling a very convincing story but slightly shrugging our shoulders at the same time.

These little tell tale signs are easy to spot once you know then so it’s worth keeping it in mind the next time you’re, say, asking a candidate about their reasons for leaving their last job.

There’s no be all and end all

According to Meyer, professional lie spotters get to the truth about 90% of the time, the rest of us about 54%.

Fortunately, learning the little indicators of a lie isn’t difficult – after all we’re all hard-wired to make the same mistakes, lying is just part of human nature “as old as breathing” Meyer says.

The trick is to look out for clusters, an accumulation of indicators, because naturally one downcast look doesn’t necessarily mean that your candidate is telling a lie – they may quite simply just be a little shy.

Keeping these hints and tips in mind however might well help to not just spot when someone is being a little too self-complementary, but to choose the candidates who exude genuine warmth and personality.

I highly recommend you take a look at Pamela Meyer’s talk over on the TED website, and we’d love to know if you have any other suggestions on spotting a lie in the interview room. Feel free to leave your comments below.