Social recruiting is old news. Every Tom, Dick and Harry in recruitment has a Facebook, Twitter and Google+ account but it’s not to say that they’re obsolete, far from it. Social platforms have become, and still are, one of the most popular tools used in modern recruitment. However in the past year or so Youtube, Instagram and Pinterest have rapidly brought up the rear for new and innovative, social recruiting. The latter being one of the most recent additions to the top 5 most popular social networking sites. 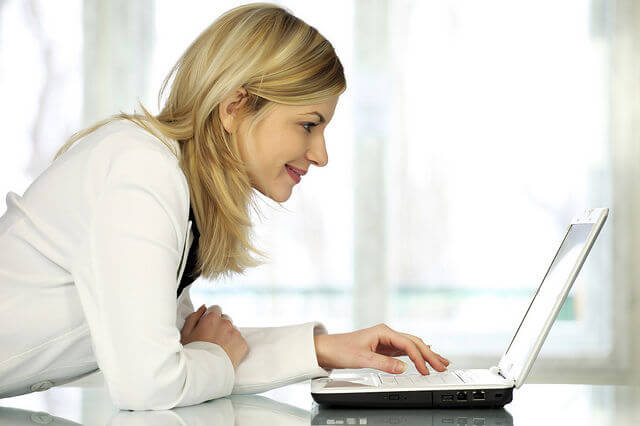 If you happen to be a female aged between 25 and 44, the chances that you already have a Pinterest account for your favourite holiday destinations, recipes or interior decoration ideas (I know I do). Lesser know is the fact that it could help you recruit your latest employees.

As a predominantly image-sharing site there has been some speculation about how Pinterest can actually help employers source new talent. After all, as a job seeker your first stop isn’t necessarily going to be an image-sharing platform.

However, as proved by Facebook and Twitter, obvious isn’t always key to effective recruitment. The candidates who aren’t necessarily looking for work are often the ones that recruiters are looking to snag, so with this in mind, Pinterest can work to your advantage.

Setting up an account on Pinterest is simple, as an employer, opt for a business account. Like most profiles you’ll need to add a picture (your company logo), a link to your website, your location and a brief but friendly bio. These initial steps will provide the basic information that your candidates will refer to for further information.

For those of you who haven’t use Pinterest before, It’s essentially an online scrapbook of images and (more recently) videos which you can: 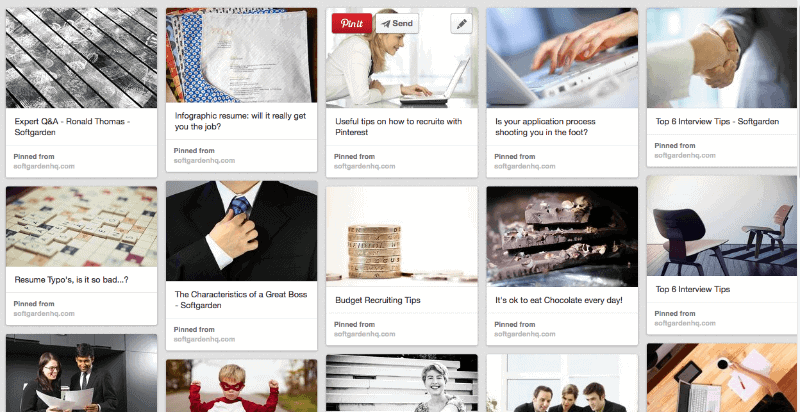 So, depending on the size of your company, you could either create different boards for different positions, or simply create boards that represent your company as a whole. The latter is primarily to drum up interest in your company, which could result in extra attention from potential recruits. The former is specifically to grab the attention of possible candidates.

When a new position opens you can start by creating a board with an appropriate title i.e. Graphic Designer @ Company Name, and then go ahead and start pinning images related to the job, for example:

Basically anything that can visually sum up the gist of the job (in this case a Graphic Designer).

Asides from a direct search, what you’re aiming to do is generate traffic that’s naturally interested by the images that represent the position, so posting outfits or accessories relevant to the working environment will work equally as well.

Locations are also a winner, pin images of the city, town or neighborhood, the view, the local coffee shop… As long as it’s relevant to the position, the Pinterest world is your oyster.

The key to generating interest is to tag your pictures with keywords, this way when someone searches for a specific term (in this case graphic design, typography etc) your pins will appear. Adding QR codes with a direct link to your job portal is useful too, least of all you want to make sure that each pin has a quick link to your application process. After all the ultimate aim is to turn your audience into applicants.

The best part about recruiting through Pinterest is that it’s fun, and a great way to demonstrate your employer brand. Take a look at this great example from Work Club for inspiration on how to make an awesome (and tongue in cheek) job board.

Even if your not using Pinterest to find new talent, it’s a great platform to quite simply show off your company. Starbucks, Etsy and Whole Foods are all great examples of companies who have used Pinterest to promote their employer brand – Whole Foods alone has over 150,000 followers, with boards covering everything from hair braids to cheese boards.

As mentioned, not everyone is a big fan of recruiting via Pinterest but then again no one predicted Facebook to become the proverbial talent pool either. With images and video’s rapidly taking over every other form of shared media is it worth shrugging off Pinterest as a potential source of great talent? Only time will tell, in the meanwhile I’m getting back to my board…