In the business world, passive recruitment is by no means a new phenomenon. It’s well known that sometimes the best employees are those who need chasing, and more often than not passive candidates are desirable because they are already performing a role that a recruiter needs to fill. They may need a little more persuasion than active job seekers, but when it comes to recruiting talent with very specific skills and experiences, passive candidates can be the perfect solution. 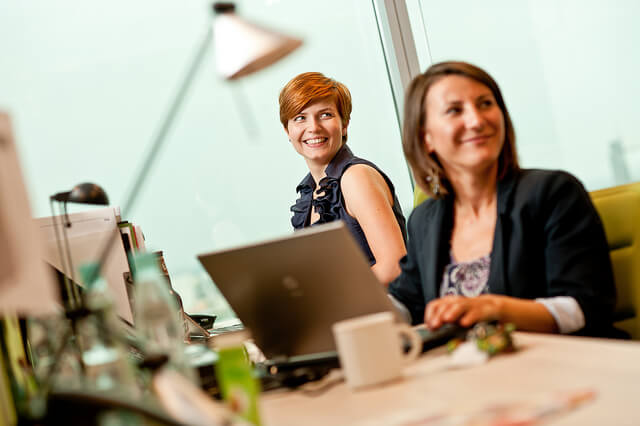 What Is a Passive Candidate?

Passive candidates are those desirable lot who aren’t necessarily on the hunt for work, but would consider it if it came their way. An ideal candidate for passive recruitment is someone who would appreciate new challenges, a promotion or quite simply a change of scene. Passive recruitment however, doesn’t necessarily apply to those who are already employed – the term passive candidate can be used for anyone who may be deemed a desirable employee, but isn’t actively looking for work.

There are many active job seekers out there but in today’s oversaturated online job market it can be hard for employers to filter out the candidates they need. Plus, if a candidate is actively seeking a new job it begs the question why? Top talent is highly sought after and skilled candidates are snapped up quickly. Passive recruitment cuts out the competition and allows recruiters to select the best, ahead of the rest.

Obviously many employees are more than happy with their jobs and wouldn’t necessarily take kindly to a randomly unsolicited offer. Passive recruitment needs a decent amount of research to be successful. A recruiter can narrow down their chances of finding the right passive candidates by considering the following:

The right research can ensure that a recruiter will find the perfect passive candidate for them, if a candidate has recently updated their LinkedIn profile for example, it could imply that they are preparing for a job change. More obviously, if a company is about to go bankrupt it is clearly a prime opportunity to recruit a passive candidate.

These days almost everyone has a profile on social networking sites such as XING or LinkedIn, whether they are actively seeking work or not. More often than not this is the first stop for recruiters who will then proceed to approach passive candidates via email or phone. As with salespeople, recruiters must be able to persuade a passive candidate that what they’re offering is worth the investment. The following steps of engagement generally apply:

Passive candidates generally take a little while to adjust to the idea of a career change but the right amount of persistence can result in a great new hire. Asides from a good telephone manner, recruiters need to consider where they are calling and at what time. Calling a private number at lunchtime as opposed to a work number at 10am can obviously affect the ensuing conversation.

Passive Recruiting – Is it Worth It?

Despite the relatively time consuming process, passive recruiting can be worth the effort in the long run. In today’s competitive job market employers need to stay ahead of the game and passive recruiting can be an effective form of active sourcing. Passive recruits may need a little more persuasion than their active counterparts but as the age old saying goes – the good things are worth fighting for. What do you think? Feel free to leave your comments below and further the debate.