How to Make your First Recruitment Video

How to Make your First Recruitment Video

Last week we posted an article on the Rise of the Recruitment Video including examples of some of the best videos on the Web plus some useful pointers on how to create your own.

The examples we gave were predominantly made by large companies, and each recruitment video was very different in style, from formal to tongue in cheek, dramatic to poetic.

All of the videos went down well on Youtube, respectively gaining between 25,000 to 1,000,000 hits each (unsurprisingly it was the Twitter recruitment video which reached a million+).

However, not everyone has the funds and fame to produce the same kind of results, so today we’ll be looking at how smaller companies can successfully make their first recruitment video. 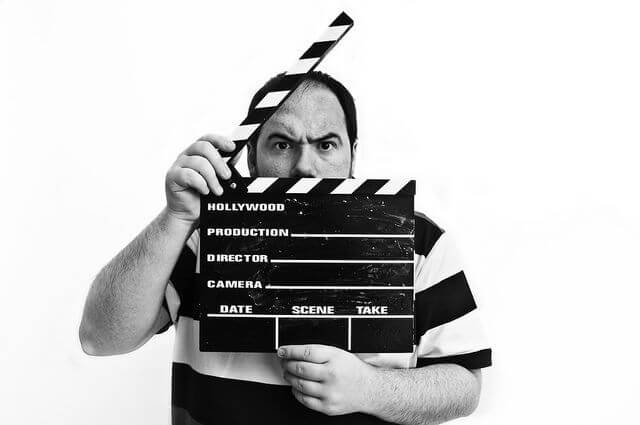 The end result may not reach a million hits overnight, but the right recruitment video can certainly reel in the kind of applicants you’d otherwise be pushed to find, passive candidates, for example.

Recruitment video’s also have a way of representing a company personality in a way that a mere job ad can’t, thus increasing your chances of finding people who really suit your company culture, as well as having the hard skills for the job.

So lets take a closer look at last week’s pointers and see how we can adapt them specifically for smaller businesses.

The first steps of making a recruitment video are akin to developing an employer brand, in fact having already gone through this stage will make it easier for you to identify your target audience.

Lets imagine for example, a startup with a young team and flat hierarchy who are looking to expand their international team, imagine the kind of people they want to hire.

Now have a look at this recruitment video from the Berlin-based startup Wooga:

Did you spot the casual dress sense, the beers, the fixie bike and the office dog?

Wooga want to employ people like them, therefore they made a recruitment video that accurately represents their young, fun and creative company.

Look at your company and ask the following:

1. Who are we?
2. Who do we want to employ?
3. How do we accurately represent ourselves in order to attract our target candidates?

Note the emphasis on accurately. This is vital, since there’s no point in advertising a young, flat hierarchy when the reality is an office full of middle aged micromanagers.

Like any good book, film or story a recruitment video needs to have a plot. A start, middle and finish.

It doesn’t have to be dramatic, or particularly intricate. It just needs to take the viewer from the beginning of the film, to the end.

Take the recruitment video from Shopify for example, a staff member kicks off with the following:

“Hi, I’m Edward, I work at this great company called Shopify and I thought I would take you on a tour today and introduce you to some of the great people who work here. Lets go!”

Edward then proceeds to do exactly that, introducing the viewer to the team, taking them around the company and finishing with staff testimonials:

Simple right? Like I said, it doesn’t have to be intricate, there just has to be some kind of narrative.

Think about your main areas of focus, how they’ll be introduced, whether you want narrative or if your happy to rely on continuity shots to lead your viewer from one stage to the next.

Last but not least, keep your recruitment video to around two minutes. Any longer, and you risk losing your viewer to a tempting cat video waiting in the sidelines.

Every company has it’s plus points, if it didn’t the wouldn’t have any employees. At least not very happy ones.

Whether it’s your location, awesome office, free lunches or the coffee machine. Make a list of the best aspects of working in your environment and make sure they get a mention in your recruitment video.

This video from the startup Hubspot is a great example of a company doing just that:

Alongside a rich and informative narrative about the company, their recruitment video is peppered with mentions of the office perks and shots of the working environment.

The trick however, is not to focus on perks alone, but to harmoniously include them alongside the hard information such as:

You want your recruitment video to include the vital information, as well as stand out from others in your field. Show your viewers why your place is the best place to work by including the soft and hard facts.

4. Let your staff do the talking

One thing you may have noticed is that all of these videos feature members of staff talking to the viewer.

Like any good product, authenticity is a major selling point. It connects you to your viewers on a more personal level.

However, you don’t have to include testimonials, infact this recruitment video from Square is a perfect example of how to convey a company ethos without narrative.

If you do choose to include your staff, here are some suggestions to get you started:

– Have the company director tell the story of the business
– Ask a member to introduce the company and take you on a tour
– Film various team members explaining their roles
– Ask everyone to answer the same question i.e. their favourite part of their job
– Ask whole teams to introduce their department together

A unique recruitment video will not only stand out from the rest but, if done well, has the potential to go viral – meaning more viewers, and subsequently more candidates.

Unique can boil down to many things, but the most common tactic is humour. Take a look at this tongue in cheek recruitment video from Snazzyroom for a prime example:

Snazzyroom clearly have a pretty unique sense of humour, and it might not be everyone’s cup of tea but it’s certainly unique and tailored to their target audience.

So, If you do choose to go down the humour path make sure it’s relevant to your company. As with employer branding, it’s important not to fall into ‘false advertising’.

In the end, there’s no single hard and fast method to making a successful recruitment video. The tone, humour and style can differ dramatically from company to company.

Staying true to your employer brand however, is vital. No matter what kind of video you decide to shoot, if it represents your company values accurately you’ll be sure to attract people who will fit into the clan.

Start out with a plan, have fun and make a video that will have great candidates knocking on your door in no time! Have any suggestions to add to the list? We’d love to hear them, feel free to add your comments below.