Become a Successful Leader – With These 6 Pieces of Invaluable Advice

Become a Successful Leader – With These 6 Pieces of Invaluable Advice

Have you ever wondered how nice it would be to be able to sit down for 10 minutes with a CEO and ask them everything you wanted to know about running a company? How great would it be to grab a coffee with Richard Branson, or lunch with Larry Page, and spend it picking their brains on big business? 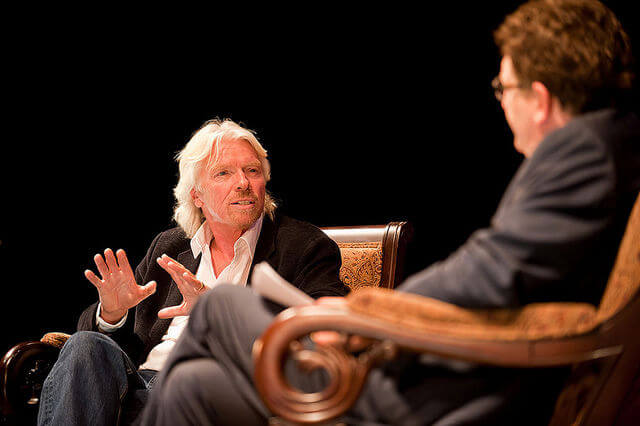 Unfortunately for most of us the chances of meeting a CEO in person is pretty slim, let alone inviting them out for lunch. So instead, we decided to search the web for some of the best snippets of business advice we could find. From how to nurture your staff to recognizing opportunity when it comes your way, here’s some of the top advice from some of the most successful leaders of 2013. Enjoy!

In an interview with Fast Company Parker advised business leaders to focus on the importance of challenging the norm.

Parker described the difficulty he faced with the development of Nikes new FlyKnit trainers, saying “One of the challenges of innovation is challenging a set model. A traditional way to manufacture footwear existed for hundreds of years. Now we have a whole new way.”

Nikes CEO accepts that that change isn’t everyone’s cup of tea, but says as a leader it’s your job to keep pushing the boundaries:

“It’s natural for people to be comfortable the way things are,” he says. “My job, our job, is to not close the mind. With FlyKnit, I was very involved. You look at the potential, it could be game changing, you encourage it, it creates momentum.”

So don’t get stuck in a rut people, even if you think you’ve found the perfect product keep going – innovation is success.

Before her infamous move to Apple this year, The Financial Times interviewed Angela Ahrendts, the then CEO of Burberry, to ask her about her Leadership style. Her biggest piece of advice? Listen.

In the 3 minute video Ahrendts emphasized on the importance of hearing other people out, saying: “Just listen. Just learn. Just feel, and it’s hard for Type A personalities in this position to do that, but I think you’ll be better off in the long run”

Just to elaborate, Type A personalities are generally the ones who make it to the top because they’re competitive and goal-orientated, but tend to lack in listening skills. If that’s you, then try to make a conscious effort to hear your people out a little more.

In a video interview with The Big Think Richard Branson emphasized the importance of praise, saying “a company is simply a group of people. As a leader of people you have to be a great listener, a great motivator, very good at praising and seeing the best in people”.
See Branson’s interview here >>

Branson likens the care of employees to a well kept garden, observing that “people are no different from flowers, if you water flowers they flourish, if you praise people they flourish, that’s a critical attribute of a leader”.

Essentially, being a tyrant can only get you so much. Amongst other things, good leadership requires praise or ‘positive reinforcement’ if we’re gonna be technical. This is actually a proven technique that those of you with kids might be familiar with, since it’s often used to cultivate good behavior in children too.

In an incredible series of interviews on Makers, Sheryl Sandberg discusses everything from her changing nappies to becoming the COO of Facebook:

“When I was at Google , years before I thought about leaving, I was offered a really great job and I didn’t take it. I didn’t take it because I liked my current job but also because I wanted to a second child.” She admits “I didn’t think I could go through a pregnancy with a new job. I got lucky that Facebook happened, but it could not have, and I could be sitting here thinking ‘wow, I passed up on the biggest opportunity of my life’.

Asides from grabbing on to opportunities when they come your way, Sandberg made a very good point about how women shouldn’t be afraid to strive for both business achievement and a family. See more here >>

At a D5 conference in 2010 an audience member stood up to ask Steve Jobs for the single most significant piece of advice he could offer young entrepreneurs, his answer? “You’ve got to love it, you’ve got to have passion.”

With his response Jobs encouraged his audience to believe in what they do, saying: “If you don’t really love it you’re going to give up”.

Basically, to be successful you need to have the drive to persevere, and that drive comes from Passion.

What can we take away from this? Obviously there’s no hard fast rule to making it big in business, but as well as heaps of hard work and ambition it’s worth keeping these 5 pieces of advice in mind:

1. Inspire Change Don’t be afraid to challenge the norm, think outside of the box and encourage your employees to do the same.
2. Listen Listen to your colleagues and clients and take their opinions into account before making significant decisions.
3. Praise Your People Treat your employees like a garden, feed your people with praise and watch them flourish.
4. Embrace Opportunity Recognise when opportunity comes knocking on your door, and grab hold of it.
5. Have Passion Passion will drive you to success, love what you do and let the rest fall into place.

What do you think? Have some great business advice to offer? We’d love to hear your thoughts, feel free to leave your comments below.